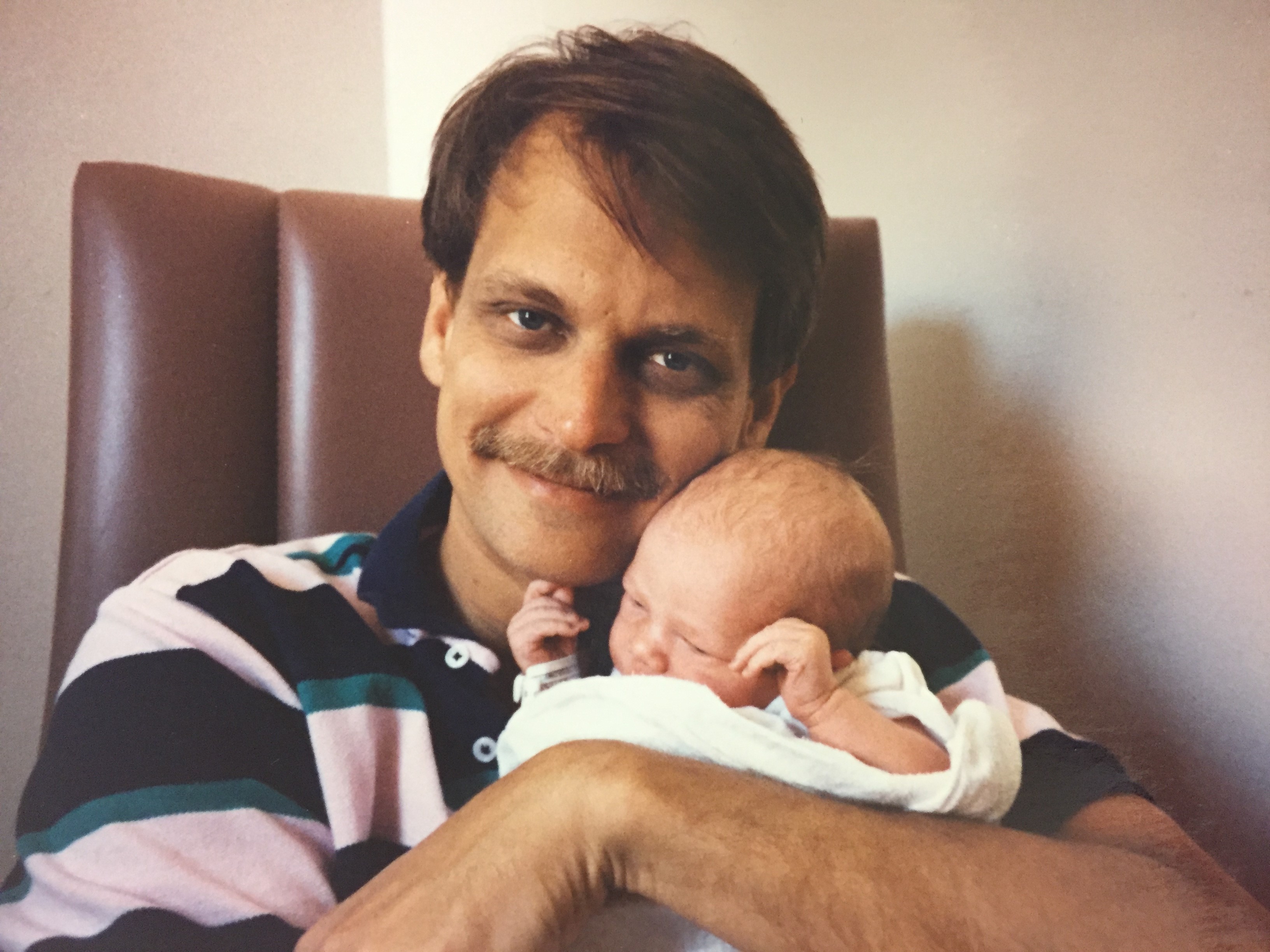 In the 1980s, to be a diabetic meant lancing your finger and taking painful blood draws that would often lead to scarring and loss of feeling in your fingertips. The method for checking blood glucose levels left quite an impression on Mitchell Dombrowski, M.D. '79, Res. '83, and inspired one of his many medical patents.

"In medical school we had to test our glucose levels, and I remember what a painful experience it was to lance my finger. You then had a drop of blood fall onto the glucose strip and you had to wipe off the drop of blood; applying too little pressure or too much resulted in an error," Dr. Dombrowski said. "Thinking about the diabetic patients who would have to do this several times a day, I decided there had to be a better way."

Fueled to change the way it was done, Dr. Dombrowski created the reagent (glucose) test strip that used capillary action to draw only 1/100th the amount of blood. Because of this design, micro-lancets could be used to obtain a tiny blood droplet and wiping off blood from the strip was no longer necessary. This technology is still used today — a testament to the ingenuity of the design, as it is unusual for medical devices to still be in use 35 years after invention.

Dr. Dombrowski's inventions — including a self-capping needle, self-capping intravenous catheters, the reagent test strip and many others — can be seen on display in the lobby of Scott Hall. He presented the items to the School of Medicine with the hope of inspiring future physician-innovators to persevere in their pursuit to bring new, life-changing medical items to the market.

"I tell my students that intellect and knowledge of medicine often peak in the early thirties," Dr. Dombrowski said.

True to his theory, Dr. Dombrowski patented all of his inventions in his early thirties, while he was newly married, working long hours as a resident and moonlighting to make ends meet.

"I received a great education at Wayne State," he said. "Medical school prepared me for residency. Residency was tough — during that time you'd be working for around 110 hours a week. The training program has changed since, but I valued the time and experience I gained from it."

Putting in the hours and pursuing his career with an unparalleled dedication, Dr. Dombrowski saw his medical expertise blossom. He used this busy time to tinker with his first self-capping needle prototype and successfully patented his reagent test strip design. In the years between residency, fellowship and then early in his career, he received 11 patents for his medical technologies, eight of which were licensed. After his fellowship, he served as interim chair and specialist-in-chief of the Wayne State University School of Medicine Department of Obstetrics and Gynecology and the Detroit Medical Center.

"During my time as interim chair, I oversaw the establishment of five new endowed chairs," Dr. Dombrowski said. "This played a role in my understanding of philanthropy and how it can have an impact."

Serving as interim chair certainly influenced Dr. Dombrowski's view of philanthropy and the impact it has on medical education and research. But even from the start, he and his wife, Jocelyn, have supported the School of Medicine through their time, talents and their resources. They made their first humble gift to Wayne State in the 1980s, and have since grown their level of giving to total one million dollars.

"I think it is important to give back to the school and the community," Dr. Dombrowski said. "As a Maternal-Fetal Medicine physician, I know the complications for pre-term births and the survival rate for babies in underserved communities. I was lucky enough to be born in the United States, where I could survive childhood, and I was fortunate to grow up in a home where I could learn and thrive. I was lucky enough to go to Wayne State for medical school and residency. And now, I think it is essential that I spread the luck to others."

Through their philanthropy, Dr. and Mrs. Dombrowski will make a substantial impact in the lives of future physician-innovators, particularly those interested in women's health. Dr. Dombrowski hopes his philanthropic support will extend far beyond his time as a clinical instructor — a service to the School of Medicine that he finds tremendously rewarding.

"I teach medical students and residents, and I know the passion and dedication they have for what they do," he said. "Our medical students really are the hope for the future. I hold a morning session for students, and one of my most rewarding experiences was when a student told me that his nine o'clock hour with me was the 'best hour of my medical school education.'"

Between his teaching, innovation, service as a physician and his philanthropic support, Dr. Dombrowski has influenced women's health for the better. And through their generosity to the School of Medicine, Dr. and Mrs. Dombrowski have inspired students to think bigger, pursue their passions and make monumental change in medicine.

To learn more about how to make a gift in support of innovation and research at the School of Medicine, contact Susan Miller at 313-577-0078 or smiller@med.wayne.edu.