Finding inspiration, connection in culture and community, the ibn Sina scholarship emboldens the next generation of Arab American physicians 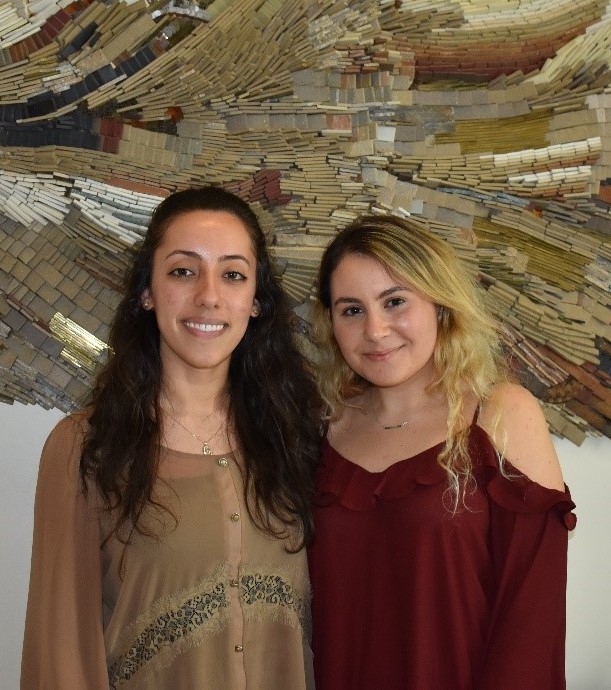 More than 1,000 years ago, ibn Sina wrote the "Canon medicinaa," an all-encompassing five-volume encyclopedia of known medicine. Also known as Abu Ali Sina, Pur Sina, and to the West as Avicenna, ibn Sina's works remained the foremost medical treatise of European universities for centuries. A pre-eminent figure of the Islamic Golden Age, ibn Sina has remained one of the most well-known physicians in both the Arab world and across the European continent.

Drawing inspiration from ibn Sina's legacy, the ibn Sina Endowed Scholarship was established at the Wayne State University School of Medicine in 1998. Named in honor of the great physician, the scholarship celebrates hundreds of years of Arab and Chaldean medical influence with the hope of inspiring future generations of Wayne State-trained clinicians to become leaders in medicine.

"It was an honor to receive the ibn Sina scholarship," said Samantha Abdallah, a second-year medical student and recent recipient. "In addition to relieving some of my financial burden, having received the scholarship really allowed me to connect with my community."

The scholarship is awarded annually at an event co-hosted by the Wayne State University School of Medicine and the National Arab American Medical Association. By attending the event, Abdallah was able to network with members of NAAMA, providing her an opportunity to learn from Arab American physicians, many of whom are Wayne State graduates. As an American of Lebanese descent, Abdallah said the experience encouraged her to look hopefully to her future medical career and join the community of Arab American physicians who have gone before her.

"Meeting people within NAAMA has been wonderful. It's great to be able to meet these doctors and alums who have similar backgrounds to my own. They're an inspiration, and when I am a practicing physician I want to emulate them and what they do," Abdallah said.

Brittany Kashat, who also received the ibn Sina scholarship in 2018 and 2019, agreed with Abdallah.

"The award allowed me to connect on a deeper level with members of NAAMA," Kashat said. "I think it is impossible to go through medical school without a support network. The mentors that I've met at NAAMA and the alumni who volunteer their time to help give back, well, I couldn't do it without them."

Kashat, whose parents immigrated from Iraq, associates strongly with her Chaldean heritage. She said the award has been influential in her ability to grow within her cultural community.

Both Kashat and Abdallah find encouragement in meeting highly-successful female Arab American physicians who have overcome ethnic and social barriers to take their places in medicine.

"It's amazing that the president of NAAMA, Dr. Rouba Ali-Fehmi, who presides over this national organization, is here in Michigan, at Wayne State. Getting to know her has been inspirational," said Abdallah. "I can't imagine what kinds of obstacles she had to overcome to be such a successful physician as both a woman and an Arab American."

Through their experiences, both Kashat and Abdallah find encouragement in learning more about the foundation of Wayne State graduates of Chaldean and Arab descent who preceded them, and thanks to the support of NAAMA and other generous philanthropic partners, the ibn Sina Endowed Scholarship has inspired two promising future physicians.

Based on a legacy established more than a thousand years ago, the ibn Sina Endowed Scholarship will motivate future Arab American Wayne State students for years to come.

To learn more about how to make a gift to the ibn Sina Endowed Scholarship, or how to establish a similar fund, contact Kelley Denk at 313-577-0355 or kdenk@med.wayne.edu.