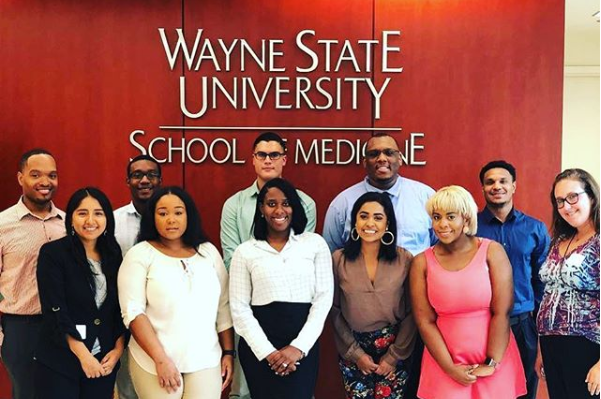 On its golden anniversary, the Wayne State University Post Baccalaureate program is celebrating a fifty year legacy of achievement and honoring its talented graduates alongside an incoming class of bright new students. Created at a time of turbulence for the city of Detroit, the program was established by Dr. Charles Whitten in response to chronic underrepresentation and racial inequality in medicine. And though not directly connected to the civil unrest in 1967, the founding of the Post Baccalaureate program in the School of Medicine provided vital opportunities for a community seeking advocates, conveners, and creators of change. The program embodies the university's longstanding mission to graduate a diverse student body, and stands as a testament to the ideals that regardless of socioeconomic standing, race or religion, promising students who are the first in their families to graduate from college will have the opportunity to take the next step into medicine.

Established in 1969 and the first of its kind in the country, the Post Baccalaureate program was originally designed for African American students who had been denied admission to medical school. In 1996, Dr. Whitten established the Charles F. Whitten M.D. Post Baccalaureate Endowment Fund, and he explained "the premises underlying the program were that there were African American students who had the intellectual ability to be successful in medical school, but because of the disadvantages—financial, educational and social—imposed upon them, received premedical academic grades that did not accurately reflect their innate potential. And that a curriculum designed to improve their scientific backgrounds, academic skills and personal adjustment could prepare them to be successful medical students."

Today, the Post Baccalaureate program continues to encourage diversity in health care professions by providing additional educational opportunities to those students from underrepresented and disadvantaged backgrounds. Each year, 16 first-generation college student Michigan residents who meet the criteria are accepted into this highly-competitive program.

"Right now we have a phenomenal group of young people in the program. Following in the successful medical school matriculation rates of previous Post Bacc graduates, these students will go on to have spectacular careers in medicine. They will bring with them—through their experiences—a worldview that will enhance the medical field and create additional diversity in medicine, which will allow them to facilitate greater connections with their communities and their patients," said Herbert Smitherman Jr., M.D., M.P.H., F.A.C.P., who serves as Vice Dean of Diversity and Community Affairs in the School of Medicine. 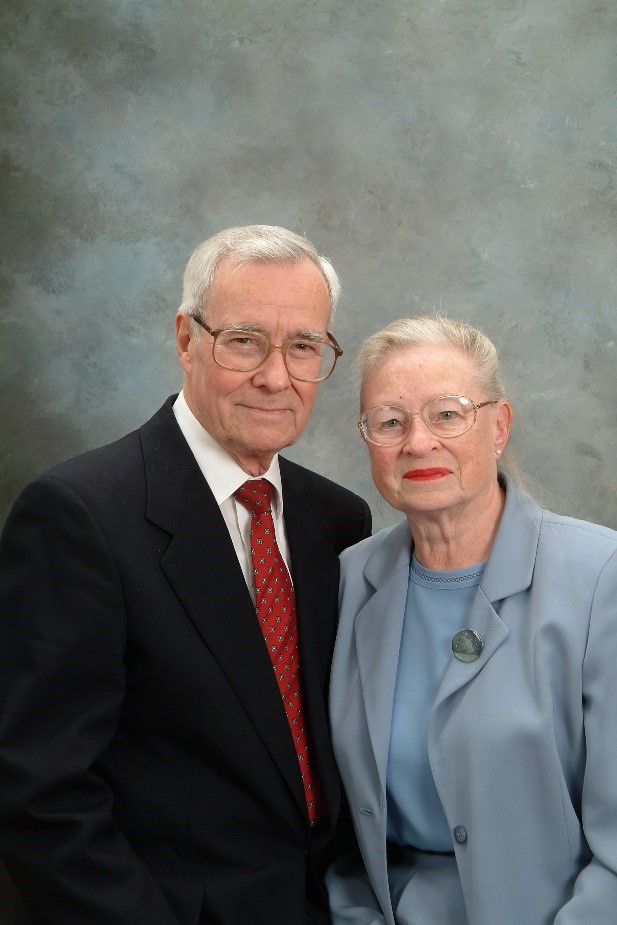 Inspired by the legacy of support for the program and hoping to further Dr. Smitherman's goals for the Post Baccalaureate program, Drs. Jack and Anne Miller recently made a generous gift in support of the Charles Whitten M.D. Post Baccalaureate Endowment Fund.  Drs. Miller, now retired, have seen first-hand the impact of increased diversity in scientific research and medical education. Founders of the Department of Molecular Biology and Genetics—known presently as the Center for Molecular Medicine and Genetics, and influential scientists in their field, both Drs. Miller credit the kind-hearted support of philanthropists as the kick-start to their careers.

"Anne and I both came from economically disadvantaged families," said Dr. Miller. "Our educations were largely funded by donations from successful alumni."

Dr. Anne Miller earned a B.A. at Wilson College and a Ph.D. at Yale University. Dr. Jack Miller—who earned his M.D. and then completed three years of research training before beginning his residency in obstetrics and gynecology at Yale—began genetic research in London in 1958. He was one of the first scientists to show that some sexual and mental disorders are due to one, or two, extra chromosomes.  During the 1960s, he became a professor of Human Genetics and Development and of Obstetrics and Gynecology at Columbia University, and after their third child was in pre-K, Dr. Anne Miller joined her husband's research team. In 1985, they were recruited to Wayne State University School of Medicine.

"It was a challenge to bring top-notch American faculty and students to Wayne State," said Dr. Jack Miller. "Most of our graduate students, post-doctoral fellows, and visiting professors came from abroad."

Recruiting students and fellows from around the globe led to a leading-edge program, and the enhanced diversity within the program positioned graduates for success.

"One of our Ph.D. graduates, Vijay Shridhar, has long been a research professor at the Mayo Clinic. Her two sons are graduates of the Wayne State School of Medicine—one with both M.D. and Ph.D. degrees. Mfon Aqua, originally from Africa, obtained both Ph.D. and M.D. degrees at Wayne State and now has an active medical practice in California," said Dr. Jack Miller. "These are the kinds of success that Wayne State is used to, and can be proud of. I think much of it is due to the inherent ability and drive of disadvantaged students, when given an opportunity."

It was these experiences that inspired the Drs. Miller to give to the Charles Whitten M.D. Post Baccalaureate Endowment Fund during the program's milestone fiftieth anniversary. Drs. Miller, like the School of Medicine leadership, hope the anniversary will continue to raise awareness for the need for diversity in medicine and propel the program's intention to cultivate an inclusive environment for future physicians and researchers.

Through Drs. Miller's generosity, the talented leadership at the School of Medicine can continue to drive forward with their diversity and inclusion initiatives, impacting future talented physicians for generations to come.

If you would like to learn more about how to make a similar gift in support of the program, contact Patty Paquin at 313.577.0026 or ppaquin@med.wayne.edu.