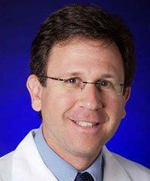 Richard S. Isaacs, M.D. ’88, F.A.C.S., serves as the Physician-in-Chief and Chief-of-Staff for a major Kaiser Permanente Medical Center and Trauma Center in Sacramento, California. He provides leadership for the 500 physicians and more than 3000 nurses and staff who care for the 250,000 Kaiser Permanente members in the southern Sacramento area. In his role, Rich is responsible for all clinical, quality, and health promotional activities.

Dr. Isaacs completed his Otolaryngology-Head and Neck Surgery training in New York at the Manhattan Eye, Ear, and Throat Hospital / New York Hospital-Cornell Medical College, 1988-1993, with additional training in Head and Neck Oncologic and Skull Base Surgery from Memorial Sloan-Kettering Cancer Center and The University of California, Davis, 1993-1995. He then joined the Permanente Medical Group in 1995 becoming a leader and long-term director of its board of directors in 2005.

Rich received his Bachelor of Science degree, with Distinction, from the University of Michigan in Ann Arbor, before receiving his Doctor of Medicine degree, with Honors, from Wayne State University. Rich is a 2004 graduate of the Kenan-Flagler School of Business Advanced Leadership Program, University of North Carolina, Chapel Hill.

Rich is a Fellow of the American Academy of Otolaryngology-Head and Neck Surgery, and also a Fellow of the American College of Surgeons. Rich remains very active in clinical practice and he functions as a regional resource for the management of advanced tumors of the head and neck, plastic and reconstructive surgery, and post-tumor facial reconstruction and reanimation.

He is Board Certified in Otolaryngology and has Advanced Certification in Head and Neck Oncologic Surgery.

Among his awards, Dr. Isaacs has received the American Academy of Otolaryngology Presidential Award for scientific work on Skull Base Surgical Approaches to Distal Carotid Artery Aneurisms, he has been chosen as one of the top Otolaryngologists in Northern California by Sacramento Magazine, and a “Top Doctor” by the American Consumer Reports survey of American Physicians and the Key Professionals Organization.
Back