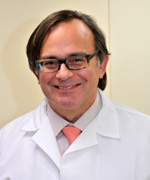 Dr. Polsky is a leading clinical virologist who played an active role in clinical investigations of HIV/AIDS, HBV, HCV and other viral infections, as well as anti-infective therapy drug development, including antivirals, antifungals and antibacterial agents, and clinical diagnostic platforms for infectious diseases while at Memorial Sloan-Kettering Cancer Center and Weill Cornell Medical College from 1983 to 1998.

He is chair of the Study Monitoring Committee of the Hepatitis Transformational Science Group of the Adult AIDS Clinical Trials Group funded by the National Institutes of Health’s National Institute of Allergy and Infectious Diseases, and is the immediate past chair of the Publications Committee of the Infectious Diseases Society of America. Dr. Polsky has published extensively on antiviral drug development and on infectious complications in the immunocompromised host, including in cancer and AIDS patients.

He is a master of the American College of Physicians and a fellow of the Infectious Diseases Society of America and the New York Academy of Medicine, and has been named to America’s Top Doctors list since 2002, and featured in several other “Top Docs” publications.

“The Wayne State University School of Medicine provided an unsurpassed clinical education with hands-on experience that started me on the road to clinical excellence. In addition, I received a firm academic grounding, which laid the foundation for my investigative career as a virologist,” he said. “This has obviously rubbed off on my daughter, Sylvie Polsky, who, as a member of Wayne State University School of Medicine Class of 2019, is continuing the tradition.”
Back