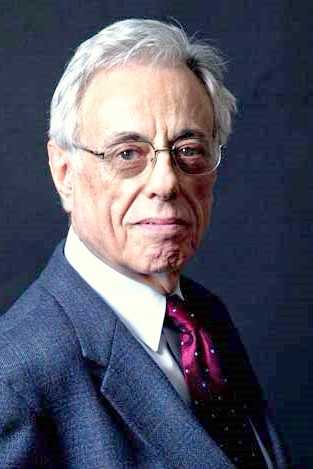 Robert Abramovitz, M.D. ’62, has dedicated his life and career to the practice of Child Psychiatry in public not-for-profit agencies and in collaborative interdisciplinary work.

The experience he gained during his third-year medical school child psychiatry elective helped shape his awareness of poverty and his willingness to explore new service and educational innovations. The demonstration of his commitment to these issues led him to: design and implement new services that increased the availability of mental health service for low-income underserved populations, train mental health professionals using innovative learning materials to help them recognize and respond to traumatized children and families, and make new mental health knowledge more accessible to consumers and non-medical professionals.

The new programs Dr. Abramovitz conceived and implemented include: a mental health unit within the Hill Health Center (HHC), a comprehensive health center dedicated to serving low-income families of color. When the HHC opened in New Haven, CT., it was one of a small group of such neighborhood centers in the nation. The mental health unit was supported an 11-year federal grant (1968-1979) that Dr. Abramovitz obtained.

Dr. Abramovitz became the Chief Psychiatrist at the Jewish Board of Family and Children’s Services (JBFCS 1983-2009) one of the nation’s largest philanthropic multi-service mental health and social service agencies in New York city. There he created and directed the Center for Trauma Program Innovation (CTPI 1998-2009). The CTPI was recognized for having changed the conceptual paradigm for JBFCS’ mental health services by promoting training and new service development focused on responding to trauma’s unrecognized impact on children and adolescents. He received two consecutive grants from the National Child Traumatic Stress Network to support the CTPI’s work (2002-2009).

When he joined the full-time faculty at Silberman School of Social work at Hunter College (SSSW 2009), he co-created and co-directed the National Center for Social Work Trauma Education and Workforce Development (2009-2016) a collaboration between SSSW and Fordham University’s Graduate School of Social Service in New York. This program also received two consecutive NCTSN grants (2009-2016) to support the integration of teaching on child trauma into the curriculum at more than 40 schools of social work enabling over 5,000 second-year social work students at these schools to receive a state-of-the-art Core Curriculum on Child and Adolescent Trauma course (CCCT). Dr. Abramovitz and his colleagues trained 70 faculty members at these schools to facilitate the CCCT created by an NCTSN expert consensus panel that included Dr. Abramovitz. In 2009, he developed and continues to lead the first, year-long child trauma specialization for second-year social work students at the Silberman School of Social Work.

Throughout his career, Dr. Abramovitz continued to develop innovative services at the new programs he created that responded to the needs of the populations served. This included: supporting the creation of previously unavailable Loss and Bereavement groups for children and families at the CTPI and the creation of the Sanctuary model, a trauma treatment program for youth receiving residential care. The new services and program were maintained and sustained by more than $31 million dollars he raised from federal and state agencies, and private foundations.

He also created films to help make new child development knowledge accessible to parents and community paraprofessionals. He ultimately co-produced and/or wrote 12 educational visual media programs that received a Blue Ribbon and Honorable Mentions from the Educational Film Library Association’s American Film Festival. He was also a consultant to a one-hour national television special “The Discovery Year” on the first year of life hosted by Christopher Reeve; advised on a three-part “Let’s Talk About” series hosted by Mister Rogers to help prepare children for hospitalization, surgery and orthopedic casting; and consulted with two Academy Award-winning animators on “Cockaboody,” an eight-minute film depicting two young girls playing together and resolving their own conflicts.

Dr. Abramovitz has always demonstrated a commitment to domestic humanitarian work and racial and economic justice. In the 1960’s, he was active in civil rights organizations and the Medical Committee for Human Rights. In 1968, he and 8 other psychiatrists developed and ran an On-Site Walk-in Mental Health Clinic at the Poor Peoples Campaign’s Resurrection City protest encampment on the National Mall in Washington, D.C. In the immediate aftermath of 9/11, he led a mental health team that responded to and trained others to respond to 9/11 affected agencies in the World Trade Center (WTC) area as well as co-created and lead services for preschool children and their families living in the WTC area and for students attending 2 WTC area high schools. He also created a Resilience Building Workshop for front-line staff helping New Orleans residents recover after Hurricane Katrina. This workshop was also used for Super Storm Sandy affected staff at the Jewish Community Center’s Pre-school programs on Long Island and Staten Island.

He is now a Senior Research Associate Professor at the Silberman School of Social Work at Hunter College. Dr. Abramovitz’s medical school recognition includes: the sophomore scholarship award, induction into AOA in his junior year and election as senior class president. In 2002, his work was recognized by the International Society for Traumatic Stress Studies, which presented him the Sarah Haley Memorial Award for Clinical Excellence. In 2005, the JBFCS Board of Directors recognized him with its highest honor, the Crystal Apple Award, “for innovation, foresight and leadership to children and families in crisis.”
Back